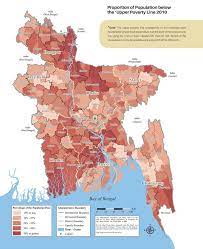 Regional disparities in education have evinced this year’s Education Watch report as a key factor lying in the educational arena of our country. They targeted the Sylhet division which is characterized by affluence and poverty, plain land and haor, tea estates and sophisticated urbanity. Very interesting pictures have come out through the research and recommendations made by the organization will provide ample food for thought for the policymakers in the field of education of our country.

Both in the primary and secondary levels the enrolment in Sylhet proves much lower than the national average that is proof of regional disparities. They stand 80.5% at primary and 64.2% at the secondary level whereas the national figures show 86.4% and 77.7% respectively. In terms of literacy rate also it lags far behind the national average. The literacy rate for 7+ populations is 40.7% and for the adult population, it is 44.4% but the national rates are 48.5% and 52.1% respectively. It was also found that there 30.8% of households don’t see any literate person but this figure for the whole of Bangladesh stands as 11.5%. These figures at the basic levels of education call for serious concern for the national policymakers.

Economic deprivation and social inequalities and regional disparities arising from their geographical isolation keep their children away from school and education. Although the overall economic situation is better than the rest of Bangladesh, there is a likelihood that due to geographical reasons the inequality in income distribution gets worse in Sylhet. Compared to 38.5% overall in the Sylhet division, more than half of the haor communities (54% understudy) had only kancha road. The headteachers reported that over a fifth of the students had to face bad transportation during the dry season which doubled in the wet season. The situation proves worse in rural Sunamgonj and in the haor areas. The practice of child labour stands as a major reason for dropping out of schools.

Generally, children of these areas start going to school late compared to other parts of the country, they also drop out earlier than others. The age-specific enrolment rates in Sylhet are lower for all ages compared to the national averages. 65% of children of age six are enrolled in schools in other parts of the country on average but it is   52% in the Sylhet division. Many parents are not aware at all about the age of admission to the school. By the age of 15 years, half of the children of the plane lands, 60% of those of haor areas and 73% of those in the tea estates/ hills/ forests are out of school. The comparative national figure is less than 40%. A portion of the parents is unable to bear the cost of education and other children engaged in income-earning activities too early. Poor teaching-learning provisions and lack of care in schools are also important reasons for leaving school which the study unveils.

Per capita availability of primary level educational institution in Sylhet is not less if we compare it with other parts of the country but it Is not the case for secondary education. Against, 6.$% of the student population at both the levels, Sylhet contains  7.8% of the primary level institutions and 3.9% of the secondary level institution clearly showing the inadequacy of secondary education provision in Sylhet and it indicates lower institutional investment in education. Like other parts of the country, primary educational institutions of this region lack electricity and drinking water facilities, cleanliness of walls and floors and good quality blackboards. Though they show similar pictures comparing to other parts, these pictures show rather depressing in the region.

The shortage of teachers, as regional disparities, in both levels is also lower than the average number of teachers in the country. The average number of teachers in the primary schools of this region is 4.4 and   12.8 in the secondary schools. These figures at the national level are 5.1 and 14.3 respectively.  In terms of teachers’ qualification and training hardly any variation is available.  But it is mentionable a quarter of the rural school teachers live in urban areas.  This is because of financial solvency and no good living place available adjacent to school like other parts of the country.

Absenteeism and late arrival in an early departure from school all are significantly higher among the school teachers in the Sylhet area, an example of regional disparities. The average loss of time for this is 56mintue per day for primary teachers and 48 minutes for secondary teachers. Primary school teachers in the haor areas and in Sungamjong district are least punctual. Their average loss of time per day is 76 minutes for haor teachers and 80 minutes for Sunamgonj teachers. Thus a good amount of contact hours is lost contributing to ineffective classroom teaching, incomplete lesson, producing poor quality students and creating a negative idea about the education of the people of these backward areas. The Upazila education officials are also less proactive in addressing the key issues of school operation.

Some educational institutions are not visited at all throughout a year or visited once or twice which is really inadequate. It was found in the study that 72.5% of the primary schools did not see any visitor in   2009. Per capita availability was not less for primary schools in Sylhet but it is significantly less for secondary schools, compared to the rest of the country. Sylhet sees 6.4% of the school-aged children but it has only 3.9% of the secondary educational institutions. The study of Education Watch discovered that that 42% of the villagers don’t have any primary schools at all. When our education policy gives much emphasis on education and promises uniform education, it is really a matter of serious concern for all of us. The above description of the Sylhet region clearly shows a paradoxical situation: a relatively good economic condition but worsening social indicators.  There must be good coordination between them to promise a uniform education and development of this region.

Education Watch has made a series of recommendations putting emphasis on strong political commitment accompanied with pragmatic strategies to minimize the regional disparities of education lies in the Sylhet region. They consider that the broad geographical diversity of Sylhet division and variations within, a general principle of educational development strategy will not fit for the whole region. Recognizing the fact and the principle of equality mentioned in the Education Policy of 2010 it is important to flag decentralized education planning and implementation. Children of haor areas are at risk of not attending schools due to unique geographical reality there, which has different effects in dry and wet seasons. Considering the mode and strength of water flow during the wet season new roads can be constructed wherever possible and existing roads can be reconstructed. Special water bus services for the students and teachers can be introduced specifically during the wet seasons in haor areas.

The government and NGO activities should be expanded in the haor areas and tea estates. To address the issue of drop out stipend program should be extended and ‘school feeding’ program may encourage the parents to send their children to school. It is important to appoint more education officials in all Upazila of the Sylhet division especially in the remote and hard to reach upazilas. Each of them should be given the responsibility to look after a small number of schools so that they can give due attention to each school. Part-time teachers should be engaged along with more regular teachers and teachers should be given incentives /hardship allowances so that they become interested to work in these backward areas. For raising awareness among the vulnerable guardians, a regular parent-teacher meeting can be arranged.

A mechanism can be found out to encourage the non-resident Bangladeshis to contribute more to the educational development of Sylhet. Space should be created so that a collective initiative can be taken. The government can initiate creating a special education fund for the Sylhet division in which both the government and the NRBs can contribute. To uphold the prestige of gender parity in student participation and teacher’s recruitment must be given a meaningful glance. Rasheda K. Choudhury, Executive Director, CAMPE rightly says, “Strong political commitment accompanied with pragmatic strategies, sufficient resources and continuous monitoring will be required to prepare our next generation particularly the disadvantaged to contribute to nation-building activities and enable them to perform well in future in the era of globalization and competitive, market-oriented human resource development all over the world. However, we believe that providing basic education is a state responsibility and all development actors like the government, political parties, and CSO and development partners must come forward to play their role in national development. “