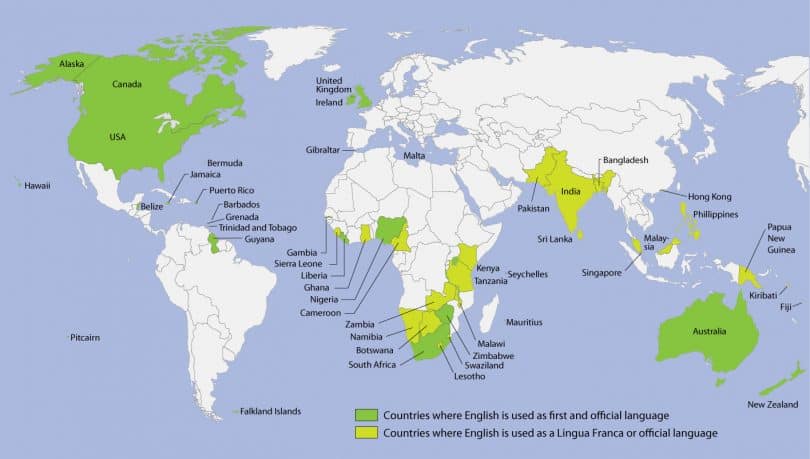 When we conduct a class and speak to a group of learners we want to inform them something or, persuade or entertain them. To achieve any or all of these objectives, we should know their interests, likes and dislikes otherwise our attempts and efforts tend to be futile.  Before we speak to this group of learners, we should learn as much about them and their interests as possible. We should also understand their mood at the beginning and during our speech. And our speech and lecture to be tailored to their needs and to better assure a positive reaction from the students. With a view to achieving our purpose, as well as getting the expression and applause we desire, we must satisfy this group of audience with something in which they are interested. Thus, it is important to know what our audience is interested in, what their expectations are and even what mood they are in when in the classroom. However, can we do it properly if we use the second language?

In terms of satisfying the audience, we can follow the examples of Shakespeare. He did not write plays that could necessarily be easily categorized in one particular genre.  For example, Romeo and Juliet is not just a tragedy or a romance; it also contains elements of action, comedy, suspense, and even horror.  Shakespeare was incredibly talented at creating characters and situations that appealed to a broad range of people.  If an audience member did not care for the idea of a love story, then perhaps the fighting and murders would intrigue him.

It is also important to note that Shakespeare did not maintain the same mood all the way through the play.  He was sure to include humour frequently in his writing; sometimes, the humour is understated, sometimes it is outright. Shakespeare, like all great authors, knew his audience. In the same way, a teacher must know his/her audience. At Shakespeare’s time in history, men were largely barbaric, violence-and-sex seeking theatre-goers. To satisfy the men in the audience, Shakespeare always included conflicts that went beyond emotional and mental realms and into the physical. So, those seeking “action movie” type culture was kept content.

Shakespeare knew how to intrigue his diverse audience. That is why his plays work on so many different levels.  Even if some members cannot read or write, but when they watch a lot of violence that will make them excited which means they respond to the actions of the play.  It seems that there is something for everyone in his plays so that no matter what station in life an audience is, he would find something worthwhile.  And who doesn’t love a good ghost story now and then which happens in Shakespeare’s plays?  They appeal to everyone because they have a little drama, romance, comedy and action all in one play. There are also a lot of different kinds of plays, so different people can choose their favourite.

Now as a teacher how can we find out about the audience? The answer is we can do it through research before we speak, through interaction at the beginning of our talk, and by making adjustments during the class. Though it is not an easy task, we must read the audience to bring about a suitable environment that leads to the expected result.

Old-time comedian Milton Berle would start off his comedy routines before large audiences by telling five different types of one-liner jokes. From the reaction he got from the jokes, he would know if the majority of the audience was in the mood for silly humour, political humour, or blue jokes. Although we can’t be expected to have several versions of a speech or presentation, we can use some opening remarks and responses from the audience to give us an idea of the direction of their interest and perhaps their mood. If the audience seems in a light mood, perhaps we could sprinkle in a few jokes to keep their interest. If they seemed to be very serious about our topic, we could get right of the meat of the matter.

We should be careful so that we don’t become self-centred speaker in the classroom. While we are giving a talk, we can often tell if the audience is enthralled with our material or if they are getting bored or restless. The problem usually occurs when we are so caught up in what we are saying that the audience might as well not be there. When it seems that the audience is getting restless or bored, the best thing to do is to summarize things and end our talk. It is better to have a shorter speech than to go too long and bore people.

The first skill a teacher needs to master to start successfully teaching English as a foreign language is the ability to use body gestures and signs effectively. Many students find that they learn a new language better when they are forced to speak only English in the classroom. By refusing to use your student’s native language, you force them to learn English by first using your body language and gestures to teach them new words, and then using what they’ve learned to build even more knowledge. This pattern of learning closely mimics the way babies and infants learn a language, and therefore this method of teaching often ‘sticks’ better than using rote memorization of English words. In this case, also, we must read our audience first then use our body language.

Due to cultural reason, we know our students hardly respond but we must mater all the known techniques to make them respond in the class.  It’s disconcerting to stand in front of a sea of blank faces, but expecting it reduces the shock. In this case, a teacher can introduce new concepts, such as discussion and role-play gradually.  A time will come students will come to embrace the change. Topics should be chosen carefully as well which does not conflict with our culture.

If we ask the students “Do you understand or have you understood?” without reading their mood and ignoring their taste, likes and dislikes, they will answer ‘ Yes‘ even if they’re totally lost, in an attempt to save face for us. We should rather check their understanding by asking them to paraphrase or write questions they have in groups. We must not take it for granted that they have grasped all the points we have discussed in the class. But we definitely can get the best of our students. They’ll be serious about learning English because their economic advancement often depends upon mastering this language.

There is no confusion about it and the students see many examples also that those who learn this language well enjoy special positions in society. This is another plus point for an English teacher in our country. So, relax and enjoy yourself while teaching English even though you see your students are not responding as you expect.  Don’t worry. Continue your effort and show them that you are happy to teach them. Remember, happiness in the classroom is contagious. So, show them that you are happy enough in the classroom. If you are relaxed, you are happy, your audience also is relaxed and happy.  When they are relaxed and happy, they will respond to your class more positively.