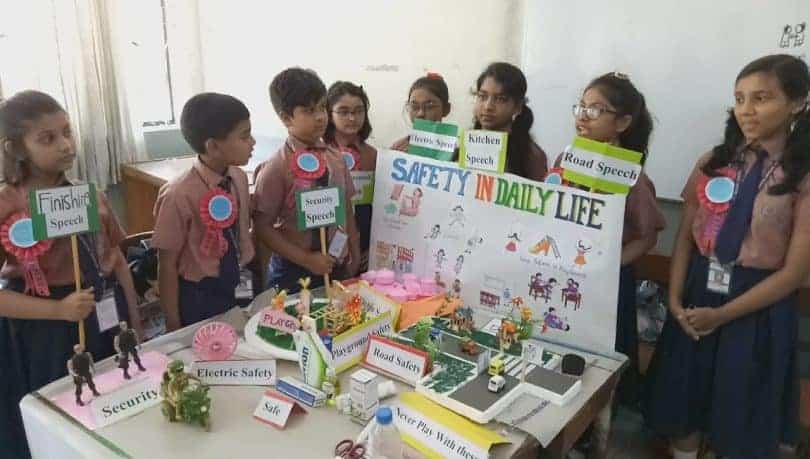 To keep pace with the fast-growing demand for English knowing people establishing English version school along with English medium has gained momentum in the country. So far about fifty-two English version schools have been established in Dhaka, several towns, and five outside the country which is run by Bangladeshi missions. How the students of this version doing, what is the overall performance of the teachers, is there any arrangement for the training of the teachers teaching in this version, how are their management call for serious scrutiny?

As guardians have been inclined to giving their children better knowledge of English, People working in the education sector have started opening English version schools in the city and even in some district towns. But it does not have specially developed books and a curriculum. Just the translated books of Bengali medium have been used which are full of mistakes and translation is also not up to the mark in some cases. The necessary base of this version stands on a weak footing and it lacks a well-thought-out plan. Still, it draws a huge number of students but qualified teachers are not available.  Some institutions of the city are fully English version-based whereas some are running both the English version and Bengali medium.

Teachers teaching in this version don’t have English background; neither are they from the English medium which contributes to poor performance in the class disseminations and making the strong base of English for the students. These teachers are not experienced as well to make quality question papers and deal with the whole affair very efficiently. As they are the productions of Bengali medium, they conduct classes in Bengali. Many guardians say that their kids have been sent to English version schools to develop a strong footing of English of their children but the teachers are not qualified enough. Teachers of this version are very much traditional. They give very little importance to class rather they give a huge amount of homework to the students which seems to be an extra burden to most of the English version students who expressed their dissatisfaction of some schools in the city of Dhaka.

Several girl students commented thus” The students of Bengali medium can enjoy a lot, they have fun and jokes but we don’t have, we are not enjoying our classes.” Many students said that their teachers just give them a ‘work sheet‘ and teachers ask them to memorize them to pass the examination without making the class interesting, interactive and fruitful. As a result, students are losing their interest to learn anything by studying the books of the English version. Teachers don’t have any training and there is no such arrangement to give them training on how to deal with new books and making them interesting and interactive. These anomalies make guardians frustrated.

Due to the lack of well planned and systemic dealing procedure, much wastage is also incurred in this sector. It is seen that the students of class six five stand thousand four hundred eighty one but 60 thousand 138 books were published for them.  Five thousand  847 students  of class seven 63 thousand 935 were printed. In eight for five thousand one hundred sixty eight students  56 thousand 500 copies were published. In class nine for  four thousand 469 students  71 thousand 658 copies were printed. In primary level from class one to five there are eleven thousand eighty six learners but books were printed about two lakh fifty five thousand.  According to this account, the number of English versions students stands as 32 thousand.

Another problem is if any teacher of the English version quits the job, it is really difficult to get the post filled up immediately. Bengali medium teachers conduct classes where both mediums are available. One principal of a famous school commented that the school managing committee fails to appoint better teachers due to political consideration. Students complain that they are taught using Bengali and English and most of the time ‘work sheet’ is provided. Teachers just tell students to memorize the sheet to pass the examination.  Many students and guardians seriously complained that just like Bengali medium teachers, English version students are also compelled to receive private coaching from the teachers. If the students fail to comply, they are to pay for it in various ways. The sheets provided by the teachers contain many mistakes. Teachers hardly bother about the mistakes of the sheets and when corrected by educated guardians, they don’t give importance to it.

Prof. Fahiam Khatun, Chairman of Dhaka Education Board said,’ there is no special or separate principle to teach English version in an educational institution. Just one application is enough to seek permission from the board to open the English version. She also said that the quality English version school is very poor. Only cadet colleges and institutions outside the country are doing better. She further said that the questions are prepared by English medium school teachers who sometimes commit mistakes as they don’t have a clear idea about this version. Then experts are invited to make the questions corrected.

When some journalists contacted the minister for Education Nurul Islam Nahid he said “The problems of English version schools have been going on for many years. Only our desire cannot change it overnight. Still, we are trying to change it. Measures have already been taken to address some of them “ As this version is getting popular and time fitting, the ministry of education must cast a caring glance at it. An expert committee needs to be formed comprising of educationists of the country to review the whole affair and start afresh beginning of this version of education.