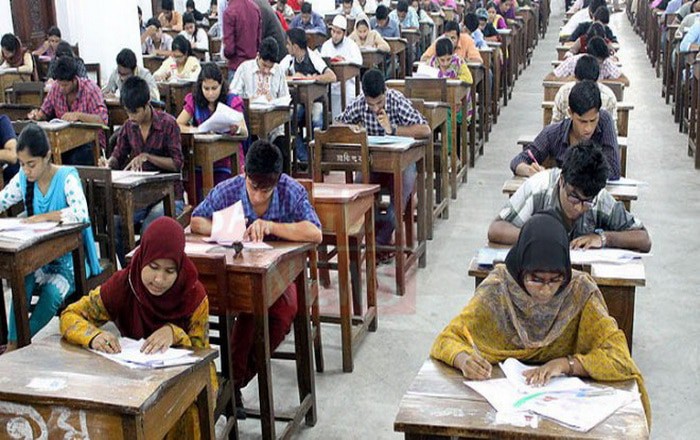 For higher education, fifty thousand seats lie against about six and a half lac students. Moreover, another one lac student may be added to them. Higher educational institutions are going to take the admission test in the month of October and November which may turn into a great battle for the admission seekers who have passed the HSC examination this year along with those who could not manage to get admission into higher educational institutions according to their chosen subject/departments in the previous year.

The admission test gets tougher because of the existence of a few quality higher educational institutions in the country. The students and guardians prefer these few institutions. Private universities cannot lure guardians and admission seekers due to their questionable quality and exorbitant tuition fees. National University can accommodate—students but it comes at the latest layer of choice.

The first cause is downgrading quality and then lack of competent teachers. Most of the teachers with few exceptions become assistant, associate and even professors in government colleges under National University without showing any academic publication, or research or any other proven academic performance. Just length of service assures their promotion. In university life, I witnessed many students who somehow managed second class (though this result does not always prove the real talent of the learners) and qualified in the BCS examination and now teach honours courses in the colleges raises the question of how they can teach. And the proof is most of the students don’t like NU where it could have been an excellent place of higher education as university teachers directly do politics and they spend more of their merit and talent doing politics than conducting research or academic activities.

Students will have to move from one part of the country to another with a view to sitting for admission test at the cost of their mental, physical and financial engagement.  If other universities could introduce this system the admission seekers would have been exempted from their loss and pressure. Regarding this point, the BUET VC says, ” Due to the constraint of time we could not introduce cluster-process admission test. Next year we hope to do so with other Engineering Institutions.” We do hope that next year they would definitely follow it in the greater interest of education.

This year 7 lac 44 thousand 891 students passed the HSC examination in ten education boards and 58 thousand 197 of them have obtained GPA-5. Five lac students have passed between GPA-3 and GPA-5. That means five lac students will sit for the admission test this year. And those who could not get admitted last year and also those who are already in the universities but not their desired subjects will seek for admission which forest that about six lac students will vie for admission against 50 thousand seats. Good scorers usually try to get admission in BUET and Medical Colleges and Public Universities assuming to see a battle like situation.

Can we now avoid admission test at all? Actually, we have not yet reached the stage to admit the students on the basis of GPA. In Dhaka University admission test in 2010, 2011 and 2012 in A, B, C  units 52 percent, 53 and 54 percents students failed in the admission test respectively who all obtained GPA-5 in the HSC level. On the other hand, many students who did not obtain GPA-5 either in SSC and HSC qualified in the admission test. The lack of coordination among the boards has given rise to this situation. The way of preparing question and examining them differ much from one board to another.

But to get admission they are to sit for an equal sort of test and their grade is treated nationally affecting the students. In order to admit students on the basis of GPA, a level playing field is to be developed. We can be sure that the situation has not yet been created. These are the proofs that we cannot depend on grades obtained by the students from the boards. But things should be upgraded up to that stage very soon.  A report says that 23 percent of the students admitted into private medical colleges during the 2012 -13 academic session scored below 30 out of 100 marks in admission tests. There are instances where students passed the admission tests, though they obtained below 10 marks (DS editorial, 30 August 2013). These areas also need to be seriously monitored to produce quality doctors and other technical professionals.